On behalf of the Directors, Management Team and Staff we would like to congratulate our new CEO: Mrs. Jasmine Winford. 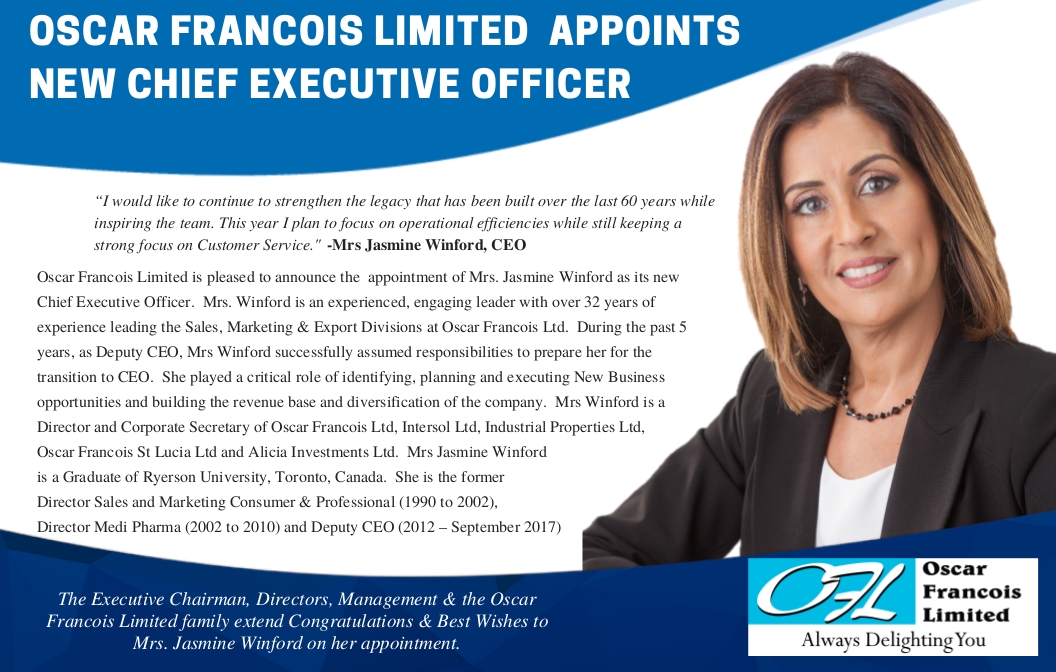 Congratulations to our Chairman and founder Oscar H Francois on being inducted into the Business Hall of Fame! This is a very proud moment for our company Oscar Francois Limited as we continuously strive to ensure we are "Always Delighting You". 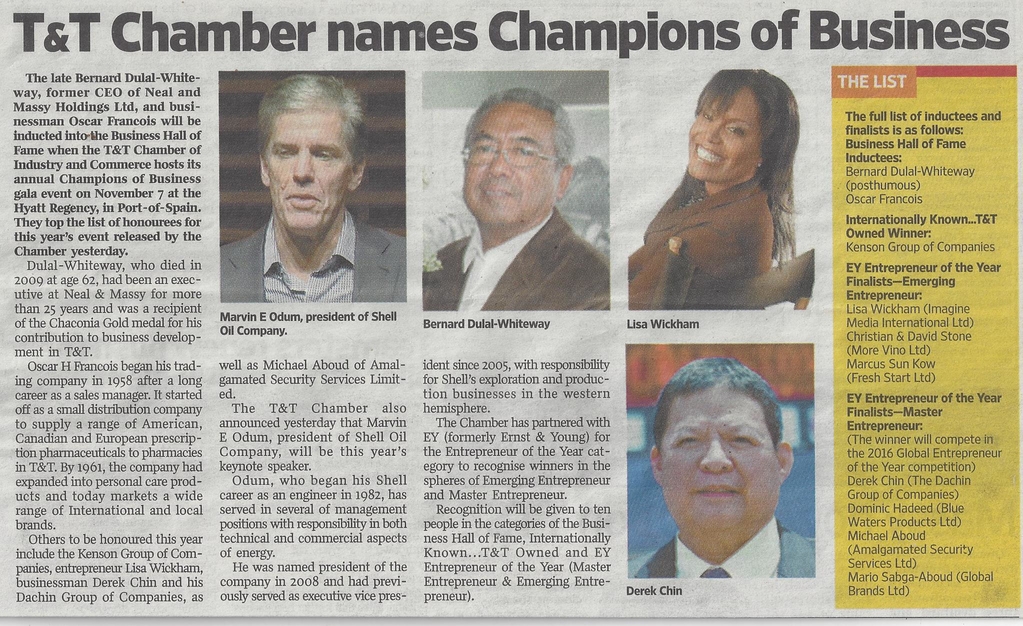 The Trinidad and Tobago Chamber of Industry and Commerce extends warm congratulations to Mr. Oscar H. Francois and to the family of Mr. Bernard Dulal-Whiteway upon their being selected as the 2015 inductees into the Business Hall of Fame. Mr. Dulal-Whiteway’s award is posthumous. Both business leaders will join the ranks of 25 other business icons who have been inducted over the past decade into the Hall of Fame, an initiative of the T&T Chamber, first launched in 2005. Mr. Bernard Dulal-Whiteway was Group CEO of what was then the Neal and Massy Group up until his passing 6 years ago. Described as “charismatic, visionary and “a calculated risk-taker”, Mr. Dulal-Whiteway was able to use his influence and acumen to be successful at his professional undertakings, and to mentor and inspire numerous young persons with whom he came into contact. By inducting him into the Business Hall of Fame, the T&T Chamber acknowledges his role as an exemplar of business.

Mr. Oscar H. Francois started his Distribution Business in 1958, laying the foundation for Oscar Francois Limited, which today is headquartered on the site out of what was once his mother’s home on Duke Street. Having left school at age 14, he worked his way through the ranks with determination and astuteness. As an inductee into the Business Hall of Fame, he will be honoured for his corporate and social work.

Both inductees will be honoured at Champions of Business - red-carpet award ceremony - scheduled for November 7, 2015 at the Hyatt Regency in Port of Spain.